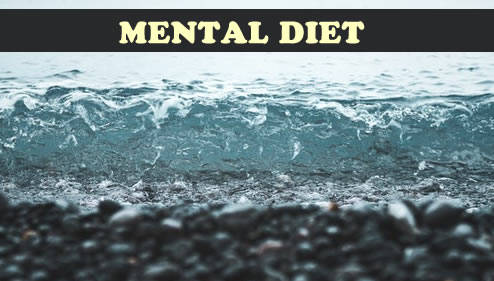 “Success is defined in different ways. Some see it in money, power, and fame. But it’s also the concept of “reaching down”, of being able to help your fellow man. Material things you can buy and sell, but things like hope and courage and faith and knowledge are gifts you give your fellow man to pull him up. Whatever you give out to others will come back. It may take a while, but it will come back.”

Success definition is founded on the priceless; inestimable, intangible heart qualities that create value and bestow benefits to lives and not in the mere accumulation of material things.

Success is probably the most sought after word in the world but yet only a few people tend to find it because the majority of the people do not understand it.

Success is not a coveted privilege but rather it is a common heritage that binds us all. Invariably, success is for everyone. In fact, we were engineered to succeed from conception.

Let’s unravel the marvel of your beginning. It was indeed a formidable battle as more than 400 million sperm cells raced through yet only one of them emerged the winner-the one that made you. The rest of them died. Each of the sperm was so tiny that in order to be visible to the human eye, it would have to be magnified thousands of times.

This race of all time was to reach a precious egg containing a tiny nucleus smaller in size than a point of a needle. The head of the sperm, as well as the tiny nucleus of the egg, contained 23 chromosomes. Each chromosome was composed of jelly beads strung together. Each bead contained hundreds of genes which scientists attribute all the factor of hereditary from the size of your brain to the color of your eyes, to your mannerisms.

Specifically, the chromosome in the sperm consisted of all the hereditary materials and tendencies contributed by your father and his ancestors, while those in the egg nucleus made up of the inheritable traits from your mother and her ancestors.

When this one particular sperm, the fastest and the healthiest swarm and united with the egg, it formed one tiny living cell-You. You were the only one who survived that inconceivable ordeal. You were born for victory.

From the inception of time to infinity of time, no one has ever been or will ever be like you. You are in a class of your own, one of a kind. You are irreplaceable and unrepeatable. You were born to be rich in good works and become an expression of excellence. You were born blessed with unlimited potentials and to be a blessing to others. You are a gift to the world.

Malthie Babcock reveals, “One of the common mistakes and one of the costliest is thinking that success is due to some genius, some magic, something or other which we do not possess.”

The end-up of success in self-doubt. Self-doubt is the key to self-depreciation. Doubt and fear are excellent couples that produce an offspring called failure.

You don’t need to feel successful to be successful. Success is not a feeling rather it is truth revealed of your essence.

You don’t need to feel confident to be confident rather you act confidently and your feelings will soon be in alignment. Along the same vein, success is acting on the laws governing success from the state of your being rather than from a state of feeling.

That means you don’t need to consult your feelings to confirm if you are a success rather you seek the laws governing success and act on them irrespective of how you feel.

Success is not an event; it’s a person, a life-long journey. A failure is an event; it’s not a person, it’s a learning process. Success and failure both share a parallel root. Both are incidental rather than accidental. You don’t stumble into success. You can’t find yourself on the peak of Mount Everest when you were strolling in the park.

76 thoughts on “MISCONCEPTIONS OF SUCCESS”