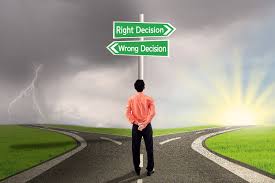 He experienced dire poverty and was frustrated by a lack of education. He saw his situation as hopeless, and a feeling of despair overwhelmed him. In that state of utter despondency, he planned to kill himself by jumping out of a hotel window. In his words, he confessed, “I tried to drink enough courage from a whiskey bottle to jump out of the window. I drank so much that I forgot to jump.”

After that event, he decided to take an introspective view of himself to determine the root cause of his problems. He said to himself: Look here, stupid. Suppose you owned a factory that was intended to make ice cream and you found that it was not manufacturing ice cream, but carbolic acid-wouldn’t you do something about it? All right…you have a thought factory inside you. You own that factory. But are you managing it well? No, you are letting it run wild. Your thought factory is manufacturing junk-worry, fear, envy, self-pity, gloom, unhappiness, and poverty. Nobody wants junk like that.” He came to the realization that by changing his thoughts, he could change his life. He created his ideal life and was reputed to be one of the most successful insurance agents of his time and one of the highest paid salespeople in the world since the 1920s. He also became the author of several best-selling books. His name was Vash Young.  A messed up life is a product of a messed up mind. A great life is the product of a great mind. Your life mirrors the content of your mind. To change the entire character of your mind is to change the entire outcome of your life. And to change the fabric of your thoughts is to change the facets of your life.

A problematic life is a product of a thinking problem. Whenever you encounter any problem, first of all examine your thinking pattern or beliefs to dictate if the problem has its root within so that it can be dealt with by correcting your thinking pattern to work for you rather than against you. The battles of life is won or lost in the mind. To win in life you must first win within.

The greatest “mountain” we face in our lives is the “mountain” of false or negative thinking (beliefs) perceived as true and manifesting as reality. To conquer these “mountains” in our lives is to recondition or re-program our minds to think differently which empowers us to live with a difference.

Wrong thinking must be dealt with for our destinies to be set on course and complete its course.