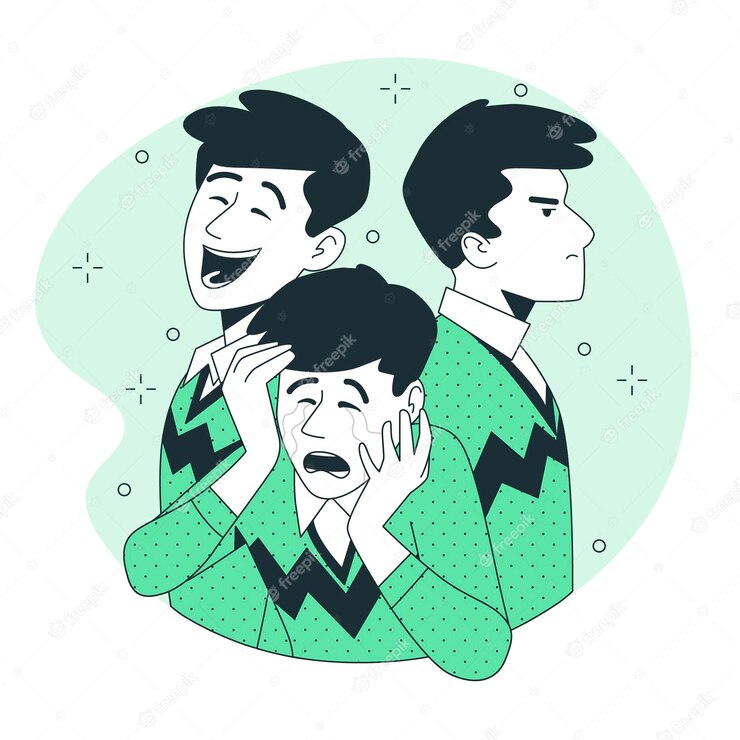 YOUR EMOTIONS AND YOUR WELL-BEING (PART 5)

GETTING RID OF NEGATIVE EMOTIONS

When priorities and goals are not clarified, stress sets in which triggers negative emotions. Excitement is the custodian of those who knows where they are going and what they want to accomplish.

Therefore, you must know where you are and where you are going. You must have a plan for your life and get busy working out the plan. Living on purpose and for a purpose set happiness in top gear.

When we thoroughly complete a given task or project our self-esteem goes up and our confidence level increases, consequently, we feel excited and contented with ourselves. However, when we abandon important tasks, goals, or projects leaving them partially done, our self-esteem nose dives and we encounter stress which results in negative emotions arousing within.

Therefore, by leaving behind the habit of procrastination and developing the habit of discipline we should press on towards completing any given task, job, goal, or project we are committed to and we will feel good and satisfied with ourselves.

“Anyone can become angry that is easy. But to be angry with the right person, to the right degree, at the right time, for the right purpose, and in the right way is not easy.”

In the dungeon of negative emotions anger is the boss. Anger is probably the most passionate of all the negative emotions. However, anger is not altogether negative rather it is how the individual handles the emotion of anger that makes it negative and even destructive.

Mismanaged anger is brutal to the body system. It can cause heart attacks, strokes, burst blood vessels, ulcers, migraine headaches, asthma, and skin diseases of all kinds.

Your response to any given situation is determined by your perception; it is the interpretation of the event to yourself. The same event can trigger different responses from different individuals.

Therefore, the emotional reaction of anger is a conditioned response that stems from the person you are rather than being determined by the situation. Anger is a learned response through repetition of our exposure to experiences in our environment.

Anger is a response choice in any given situation. Anger is a reactive response that acts as a defense mechanism based on your perception and interpretation of the event.

In my analysis there are:

Explosive anger is a verbal or physical assault that causes emotional damage or physical damage to people or property.

The implosive anger is the repressed rage that leads to a reprisal attack that raids destiny.

Bob Hoover was a famous test pilot in his time in America. One day, he was returning home from an air show in San Diego. At three hundred feet in the air, both engines suddenly stopped. By deft maneuvering, he managed to land the airplane. Fortunately, nobody was hurt but the plane had been badly damaged.

When the plane landed Hoover immediately went ahead to inspect the airplane’s fuel. He guessed right, the World War II propeller plane he had been flying had been fuelled with jet fuel rather than gasoline. He made it straight to the airport to meet the mechanic who had made a grave mistake while servicing the airplane.

Hoover was infuriated but amazingly, he didn’t tongue-lash the mechanic, he didn’t criticize him. Rather, he did a remarkable thing that sure made a positive impact and impression in the mind of the mechanic. Hoover put his arm around the man’s shoulder and said, “To show you I’m sure you’ll never do this again. I want you to service my F-51 tomorrow.”

Hoover’s reaction to the situation paid off more than all the criticism and tongue lashing in the world. He had exercised self-discipline and had influenced his life positively. We should strive to control ourselves and speak from our heart rather than our head when we get angry at someone.

The story below is an example of explosive anger and how to deal effectively with it, straight out of life.

Dr. Ben Carson, a retired outstanding neurosurgeon, bestselling author, speaker, and a former Republican United States presidential aspirant shared a wonderful story about himself. Dr. Carson narrated that he was quick-tempered when he was quite young. On a certain day, he had an argument with his friend and somehow he threw a knife at his friend, which nearly penetrated into his friend’s body. Instantly, fear gripped him over his action and he ran into the bathroom and wept.

He prayed that God should take away such anger from him. He reached for His Bible and read some verses in the book of Proverbs that had to do with anger. He stayed in the bathroom for about an hour praying. He testified that after that day, he never experienced such temper in his life.

The crux of the whole matter is, had he continued with such a temper, it could have destroyed his personality and his climb to the top of his career. No one wants to be around someone who is quick-tempered. It breeds enemies and scares away friends. Hence, it repels success.

When patience is in place and mercy triumphs over judgment, anger is easily controlled. Repressed anger may lead to transferred aggression on members of your family or people who can’t defend themselves. Respond to an offense with forgiveness rather than with anger. Let go of resentment and you will have rest of mind.

Suppressed emotions lead to oppressed body systems that accumulate in pain and diseases. We need to deal with the root of anger; don’t stuff it in and don’t blow it out rather express it wisely. When we live in emotional denial we become emotionally drained and our lives become dredged. When you stuff damaging emotions into your inner self, you strangle the life-supporting system of your body.

When we don’t express our pain, our pain will poison our souls and expose us to devastation. Negative emotions concealed seal off the flow of life within us and death sets in emotional death, relationship death, financial death, and ultimately physical death.

Childhood traumatic experiences such as sexual, physical, and emotional abuse, humiliation, and rejection, are frequently stuffed in and leads to explosive anger when triggered by even seemingly minor events or situation.

Don Colbert M.D reveals, “Those who have stuffed negative emotions, especially anger, and hostility for years, don’t need much to set them off. The least little insult-the driver on the freeway who cuts him off, the person at work who voices criticism her way, a person who ignores his presence-can produce an outburst that is above and beyond a normal response.”