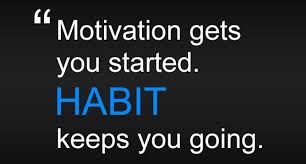 “The understanding of our divinity launches us into the domain of faith and consequently into the world of possibilities”.

Nothing great has ever been accomplished without the force of faith. Behind every success story, there exists a potent force that demolishes the obstructions that lie on the pathway to destiny.

The medical experts gave the verdict that the boy that was afflicted with infantile paralysis might never walk again.

The boy who grew up to become a man overturned the verdict of the experts and became an expert in high jump. In fact, he became the world champion high jumper. Wow! What a thrilling story.

Faith is a life-generating power and a creative force. Walter Davis incubated his faith to dream of the “impossible” when he saw a boy high-jumping and said to himself “this is a sport he will like to try”. Consequently, he dared to believe that he would become the best high-jumper in the world.

However, reality is hard on vision; his legs were still weak. His wife observing his persistent effort to strengthen his legs in order to accomplish his dream said to him, “Walter, you must have power in your mind too” she further stated, “The strength of belief; with that, you will have the strength you need in your legs”.

Suddenly, the world record was broken, history was made; an extraordinary athletic feat was accomplished by an “ordinary” individual that had defied the condition of life, moving forward to make a mark in the world powered by faith.

When you expect great things from yourself you won’t stoop low to the gutters of commonness and cheapness.

Only through faith can you tap into the unending flow of wisdom from Infinite Intelligence or the Divine Mind.

Faith links you to the Source of life. Faith is a creative force that fashions a life into a masterpiece. Mental concentration is made possible by faith-concentration.

Faith is a highly prized virtue that is simple but not easy to receive and maintain. And therefore, it cannot be found in every mind.

Love is the soil by which faith thrives and grows to maturity.Before faith can be received and sustained, you must rid your mind from a negative mental attitude.

It is impossible for faith to co-habit with thoughts of fear, doubt, worry, hatred, envy, greed, vanity and the like.The mind left on its own cannot breed faith. Faith is the deliberate state of the mind acquired by an individual.

Faith is an inner conviction of the reality of your purpose triggered into manifestation by deliberate action which is dictated from within.

Faith never gives up but always persists until the prize is won. Faith is a singular force that has defied the rule of science.

With faith space has been conquered; the mysteries of science and technology have been explored; the puzzle of medicine has been unraveled.

Faith does not wander but rather faith is a wonder. Every invention and discovery came to be by the force of faith.

At the core of civilization lies the creative force of faith.Without faith, human advancement becomes paralyzed. Faith is a forward motion to your ideal.

Faith is the assurance from the Divine that gives us surety to live a life of possibilities and positivity.

Faith is what turns adversity into advantages. You can never outperform the level of your faith. Your life is as great as your faith-capacity or as small as your dominating fear. Faith is the connecting link between the finite mind of man and the infinite mind of God.

Faith is a spiritual foresight that takes you through the wilderness of adversity which furnishes you with insight to leave a mark in the world.