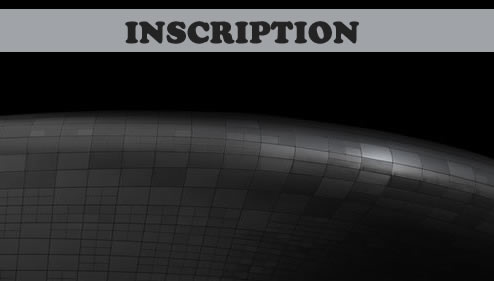 “THE VISION OF A WORLD WITHOUT POVERTY”

“People talk about poverty, governments are giving foreign aid, and churches are devoted to charity. I wouldn’t say, there is not enough attention or resources, but it is not given in the right direction. Charity does not solve the problem, charity only maintains the problem of poverty; it doesn’t let it get worse. Elimination of poverty is about more than keeping people alive, taking care of them. You have to make them active so they can take care of themselves.”

In the middle of famine in Bangladesh, there lived a University lecturer who taught Economics. Despite the fact that he acquired a Ph.D. from the United States, he was unsatisfied with himself. Whenever he left the walls of the University Campus, he saw around him malnourished people who appeared like skeletons and he felt that the Economics he was teaching were mere theories with no significant difference or impact in the lives of people. In his own words, “so I started trying to find out how people lived in the village next door to the university campus. I wanted to delay or stop the death, even for one single person.” He came in contact with a woman who specialized in making bamboo stools. The woman revealed that she made only two U.S pennies which were extremely meager for her hard work and skill. The woman disclosed to him that since she did not have adequate capital to purchase the bamboo for the stools, the trader imposed a condition that she had to sell the stools to him at a price that he decided. Twenty to twenty-five cents was the cost of the bamboo. Therefore, he decided to go round the village and came up with a list of forty-two such people who had a similar need. It all summed up to twenty-seven dollars in which he volunteered to borrow these people the money from his pocket with the condition that they can pay him back when they are able to do so and they can sell their product wherever they can get a good price.

A vision to help the poor people evolved in his mind and he decided to approach the manager of the bank branch which was located in the university campus to suggest to him that he lend money to the poor people he had met in the village. The branch manager retorted, “You are crazy. It is impossible. How could we lend money to poor people? They are not creditworthy. They cannot offer collateral and such a tiny amount is not worth lending.” This unselfish thinking man went to the people who matter in the banking section and they reiterated the same lines. Hence, he offered himself as a guarantor. The bankers warned him that poor people who received the money will never pay it back. But he decided to take a chance. As it turned out the poor people paid him every penny. He went back to the manager with the positive feedback, But he said, “Oh no they’re just fooling you. Soon they will take more money and never pay back”. The man gave the poor people more money and they paid him back. Despite the results that were evident that poor people were reliable, the bankers continued to have a narrow view about them because of the way they had been conditioned to see and treat poor people (they did not value the poor enough to feel they were worth taking a risk for, because of selfish thinking).  The man replicated his vision in up to one hundred villages yet the bankers were not still convinced but they could not deny the proof because the poor people paid every dime that was loaned to them.

Eventually, the man thought within him, “Why am I trying to convince them? I am totally convinced that poor people can take the money and pay it back. Why don’t we set up a separate bank? Therefore, he presented a proposal to the government seeking permission to set up a bank. However, it took two years to convince the government. On October 2nd, 1983 Grameen Bank popularly known as Bank for the poor was established and became a pacesetter for the offshoot of Microcredit finance banks that are spreading across the world. The Grameen bank lends even to beggars to help them come out of begging and start selling. Grameen Bank has over 2,565 branches. It works in over 81,379 villages. Total staff is 22,124 and the total amount of loan disbursed since its inception is $11.35 billion in which $10.11 billion has been repaid (over 97 percent recovery rate). Grameen Bank lends over $2.5bn a year to nine million borrowers approving 1,000-2,000 business proposals each month. The amazing fact is that all loans are interest-free with no collateral, no legal instrument, no group guarantee or joint liability.

Muhammad Yunus has won the Noble Peace Prize for his immense contribution to life.

“Poor people have skills but they let them be used by the people who have the money and they get the benefit, “Yunus says, “It is assumed human beings have to work for somebody else. That’s absolutely wrong. Historically, we were not sending job applications to anybody. We took care of ourselves and did that for hundreds of years. We have to go back to rediscover ourselves as creative people, entrepreneurs”.

8 thoughts on “THE DIFFERENCE ONE LIFE CAN MAKE-MUHAMMAD YUNUS”