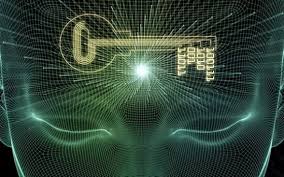 THE DIFFERENCE ONE LIFE CAN MAKE – HELEN KELLER

THE BACK STORY OF THE MOST FAMOUS DISABLED PERSON IN HISTORY – THE RIPPLING EFFECT OF AN ANONYMOUS KINDNESS.

Let’s unravel the back story of Helen Keller, the most famous disabled person in history.

Anne Sullivan had a tragic start up in life. Anne Sullivan was born into wretched poverty. At the age of eight, her mother died of tuberculosis. She was raised by her alcoholic father who physically abused her. At the age of ten, her father abandoned her and her five-year old brother, Jimmy.

Anne Sullivan was afflicted with the dreaded disease, Trachoma, which was incurable at the time. Both kids lived with their father’s relatives for some time however; their father’s relatives did not have a large heart of love to care for them. Consequently, Anne Sullivan and her brother Jimmy were banished to the Poor House at the State Infirmary in Tewksbury, Massachusset in 1876.

Their new home was extremely filthy and overcrowded with people suffering from mental illness and contagious diseases. Anne Sullivan’s brother died, three months later, leaving her devastated. In her words, “Before they could stop me, I jumped up and put my arms around him and kissed and kissed and kissed his face-the dearest thing in the world-the only thing I have ever loved…I sat down beside my bed and wished to die with an intensity that I have never wished for anything else.”

Anne Sullivan started behaving like an animal and would sometimes violently attack those who came near her. At other times, she would just ignore them. Because of her extreme condition, she was locked in a dungeon.

Unknown to anyone an elderly nurse, who was an epitome of kindness began visiting Anne on a regular basis, during which times Anne usually ignored her. One day, the elderly nurse brought some brownies and left them outside the cage within Anne’s reach. When the nurse visited the next day, the brownies was gone, so the nurse continued to bring some brownies for Anne’s regular visits.

Amazingly, Anne’s extreme mental condition began to improve without any medical effort. After a period of time, this “hopeless case” gained mental soundness. However, Anne Sullivan’s refused to go home, preferring to stay in the institution to help other patients, just like the elderly nurse had positively impacted her life.

Helen Keller, in turn, was to become a blessing to millions in so much that to date; she is still the most celebrated handicapped person who has ever lived. On her 80th birthday, Helen Keller declared her irrevocable commitment, “I will always-as long as I have breath, work for the handicapped.”

Queen Victoria of England asked Helen Keller, “How do you account for your remarkable accomplishments in life? How do you explain the fact that even though you are both blind and deaf, you are able to accomplish much?” Helen Keller spontaneously replied, “Had it not been for Anne Sullivan, the name of Helen Keller would have remained unknown.”

The elderly nurse identity remains unknown in history. However, she triggered a change in the course of history. Obviously, the elderly nurse never knew that “little” acts of kindness to an abandoned girl (Anne Sullivan) will create a significant turnaround in her life and will consequently; impact millions of lives around the world in the process of time.

Yes! We beam the spotlight on the anonymous elderly nurse whose unconditional love and heart of compassion knew no limit and boundary.

Yes! We celebrate the anonymous elderly nurse who saw beyond the “animalistic” tendency of Anne Sullivan to unveil her priceless value by treating her as valuable.

Yes! We applaud her pure motive to show kindness when no one was watching and will ever know. We will never know your name but we know your heart and your acts that you lived beyond yourself and you have inspired us to live beyond ourselves.

THE RIPPLING EFFECT OF EVERYDAY IMPACT ON EVERYDAY PEOPLE:

You may never know the far-reaching effects of your good works motivated by a genuine heart to add value to another. The elderly nurse triggered the course of history by her “little” kindness to Anne Sullivan, which transcended to Helen, and then to millions. Impact produces and reproduces impact. It is a chain of reaction produced by a committed action of living beyond you.