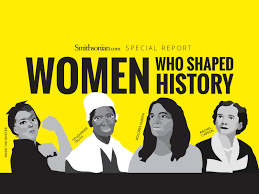 THE DIFFERENCE ONE LIFE CAN MAKE – ROSA PARKS: THE STRENGTH OF CONVICTION THAT REVOLUTIONIZED THE COURSE OF DESTINY

“People always say that I didn’t give up my seat because I was tired, but that isn’t true. I was not tired physically or more tired than I usually was at the end of a working day, I was not old, although some people have an image of me as being old then. I was forty-two. No, the only tired I was, was tired of giving in.”

The condition of life gives way to the strength of conviction and when the strength of conviction is founded on moral force the conditions of life evolve into sustainable realities of successful conditions of life. History is not always made through extraordinary feat of accomplishments but rather history is made by extraordinary resolve to stand for something and not giving into compromise no matter the consequence. History is made by the seemingly “little” actions or action that elevates humanity. Yes! History is the reserve of those who are courageous enough to face the opposition and still live by the higher standard.

Who would have thought that the radical refusal of a woman to give up her seat in a segregated bus could ignite a civil rights movement and revolutionize the course of history in America spreading to the world?

History makers are transition people who lead their families; communities; states; a nation and the world to a radical transformation from the past to the epic of the future; from their history into their destiny. They change the culture and inspire generations.

History is not made by people who devalue and oppress lives but rather history is made by those who highly esteem all people, seeking justice for the oppressed; becoming a voice for the voiceless, and being a helper to the helpless.

On December 1, 1955, Rosa Parks refused to give up her seat on the bus in Montgomery where segregation was prevalent, her defiant action led to her arrest.  One event led to another and the civil rights movement began that has forever changed the course of history for African Americans as a whole and the world at large.

Time magazine named Rosa Parks one of the one hundred most significant people of the twentieth century.

“Rosa Parks worked with me for twelve years prior to this…she was secretary of everything I had going…she was honest, she was clean, she had integrity. The press couldn’t go out and dig something she did last year or last month or five years ago. They couldn’t hang anything like that on Rosa Parks.”